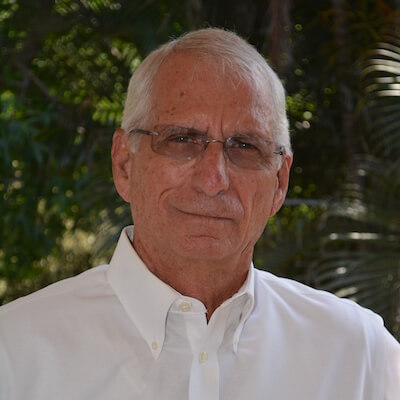 Dr Parker is a long term resident of Palm Beach County Florida graduating from Forest Hill High School. He began the practice of Optometry serving with the 7th Field Hospital in Japan caring for evacuees from Vietnam. On returning he began practice in Palm Springs in 1969.

The practice was taken over by Dr. Raymond Schwartz in 1976 allowing Dr. Parker to pursue a keen interest in reaching out to people in the greatest need. For the next 3 years he worked in Afghanistan as a teaching /clinical optometrist at the NOOR Eye Institute in Kabul. He was forced to leave when the Russians invaded Christmas Day 1979.

In 1982 Dr. Parker was asked to head a blindness prevention project in Sri Lanka where he established the School of Ophthalmic Technology. The program is credited with making a major contribution to the excellent eye care of the country. The school continues to train personnel.

In 1999 Dr. Parker was again called upon to develop the Low Vision Project in Jordan and the Middle East. During the next 8 years he contributed to the development of Optometry in Jordan and the region and established the School of Optometry in the department of Applied Medical Sciences at the Jordan University of Science and Technology serving as an Assistant Professor. He participated in multiple extended working and development visits to Afghanistan, Syria, Lebanon and Yemen.

The years between the overseas work, were spent in the Palm Beach area largely working with Dr. Schwartz in his old practice. He continues to reach out to people in need by volunteering at the Community Health Center in West Palm Beach.

Schedule An Appointment
Email Us